Skip to Content
Home engagement Why I’m Getting Married
by 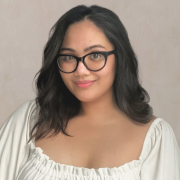 For the longest time, I’ve embraced and lived the idea that I would live and die alone. I’ve given up all hopes fo finding love again after everything that I went through. Don’t get me wrong, I don’t blame anybody nor do I blame myself, and I don’t mean that I gave up on finding love because of all the heartbreaks.

It wasn’t just that.

It was my independence that made me warm and comfy with the idea of spending my days alone and it’s not like it’s bad or I’m just bitter or anything like that. If you’ve been living alone for half a decade or more and you love it, perhaps you’ll understand.

The freedom is just incomparable, especially when you’re going to places and doing things you’ve never done before or haven’t done in a while. Add a set of good friends to the equation and I was set for life.

Then I met Tim, again… And it’s not like I’m head over heels in love with the man (sorry, love) but I guess his sincerity and the dynamics that we’ve established from the very start made me realize that I can always work with this person.

Not like in the workplace or at school, ’cause believe me, I DO NOT want to work with him in that sense EVER.

What I meant was, communicating with him comes with an ease that it may make or break us both. I’m not saying it’s always easy to say exactly what’s on each other’s mind, we’re still learning to filter out our words but it’s the acceptance of never-ending learning and constant acceptance of each other’s quirks that make communicating with him easier than with the people I dated before.

Also, one of the reasons why I agreed to marry him was that he was clear with his intentions from the very beginning. I have to be honest that I wasn’t. To me, it was just another man, another date, that will scare me or that will scare him. The last guy I dated (read about it on my personal blog) scared me tremendously of his timeline during our second date. He came from an eight-year-long relationship and he wanted to get married and have kids in the next two years. That scared the crap out of me, I literally panicked and told him that I don’t want to have kids, ever. That was his deal breaker. That, and the fact that he got back together with his ex while we’re still going out. (Salt. LOL)

Tim wanted the same thing. He wanted to marry me, he wants to have a home with me, and have kids. The only difference was that Tim respected my views and did not push me into anything until I was comfortable with it. And even when I warmed up with the idea of marrying him, he did not bombard me with timelines of when we should marry or when we should have our first child.

Those details only came when he proposed to me. I appreciate the fact that he went out of his way to talk to my family about his plans of marrying me before officially proposing to me because he knows it’s the right thing to do without me telling him to do it.

I’m getting married because a man with sincere intentions asked for my hand in marriage with my entire family’s blessing. I’m getting married not because I’m getting older and social norms dictates it or that my biological clock is ticking. No. I’m getting married because I know Tim is the one. I’m marrying him because he makes me feel myself and allows me to be myself regardless of what Jurassic Park character I morph into. I’m marrying him not only because I love him, but because he showed and taught me that love should always be reciprocated and that loving does not stop in the feeling but must always reflect in actions.

And no matter how many reasons I list down in this post of why I’m marrying him at this stage in our relationship a lot of people will never see nor understand the logic in it. I could only enlist so much but none can and will justify anything. I don’t feel the need to do that. This post and this blog are not intended to prove anything to anybody.

I’m marrying Tim because I know for certain that I’m ready. That we’re ready.